Welcome to our weekly quarantined with high schoolers blog post. We’re Simplify Homeschool and just like you, we’re also confined to our homes with teens who miss all their friends and energy outlets. We wanted to start this as a regular check in especially for parents with older kids since so much of what we’ve seen is geared toward younger ones. We do homeschool counseling and college admissions support for homeschoolers and others who are applying to college from non-tradtional backgrounds, which suddenly might include a lot more folks. We’re going to update every week with some stuck at home learning resources and updates on things that are key to a lot of high school students such as college testing and college admissions.

We’ll also be doing a free weekly check in and chat via Zoom. It happens on Mondays at 2:00 EST, to remind you that there might be a weekday in there somewhere. You can find this week’s link here.

We thought this might be a good week to talk about social resources. There are so many good academic resources out there offering free trials and content right now, but the social piece may be something your kids are really missing. One thing that teens may enjoy is playing games together. Obviously, many of them play video games, but tabletop and card games can be an option too. Look through your games and see which ones have open boards that can be mirrored. We have several, including Blockus, which is very popular. Also look for games where players play against each other individually, such as Bananagrams. All the players need the game, but otherwise, you can play each other easily via video. There are some online games that can make it easier. Asmodee has several games with app versions for tablets, such as Ticket to Ride, Small World, and Pandemic. If all players have the app, you can play online and video chat at the same time. There’s another program called Jackbox Games, which just requires a computer to screen share and phones, letting players play a number of games together.

One thing Farrar’s sons have been doing is playing Dungeons & Dragons online with their friends. D&D is great because at minimum, you need very little to make it work. Friends can play just on a group phone call, though video can make the social aspect more fun. However, there are some good resources. The website Roll20 makes running a campaign easier. They’re even offering a free, plague-themed adventure right now.

This week was a big week for testing announcements. The College Board suggested that when SAT testing resumes, they’re trying to offer a 1 to 1 replacement for tests lost, meaning that many more students can take the SAT for the first exam whenever it resumes. The College Board also shared a lot more information about AP exams. If your students are taking an AP exam, the College Board is running daily online broadcasts using AP teachers from across the country to present review and talk about the tests. A few colleges have indicated that they will be awarding credit on the same scale as before. It’s hard to know for sure what will happen on those lines, but early indicators are that students planning on AP exams should continue to take them. They will nearly all be free response questions.

There were many announcements in colleges going test optional as well, including for homeschoolers. Boston University and the public colleges in Oregon affirmed that homeschoolers are included in new test-optional policies. On the school end, there are even more options. Fairtest, the organization that tracks test optional schools, is trying to keep up and advocate, including with legal actions because of the lack of access to these tests. Overall, it seems like many schools will be greatly de-emphasizing testing as a measure of a primary or singular student’s ability to perform. We think that’s great.

Finally, this week, we noticed the first coronavirus related likely closure of an institute of higher education. The San Francisco Art Institute was already in a precarious financial situation. They announced the deal to rescue them has fallen through and they are unlikely to find a new solution in this climate. It’s always a good idea to look at a school’s finances before you choose it. If you have a current junior, we suggest looking more closely than usual. 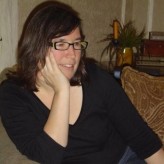